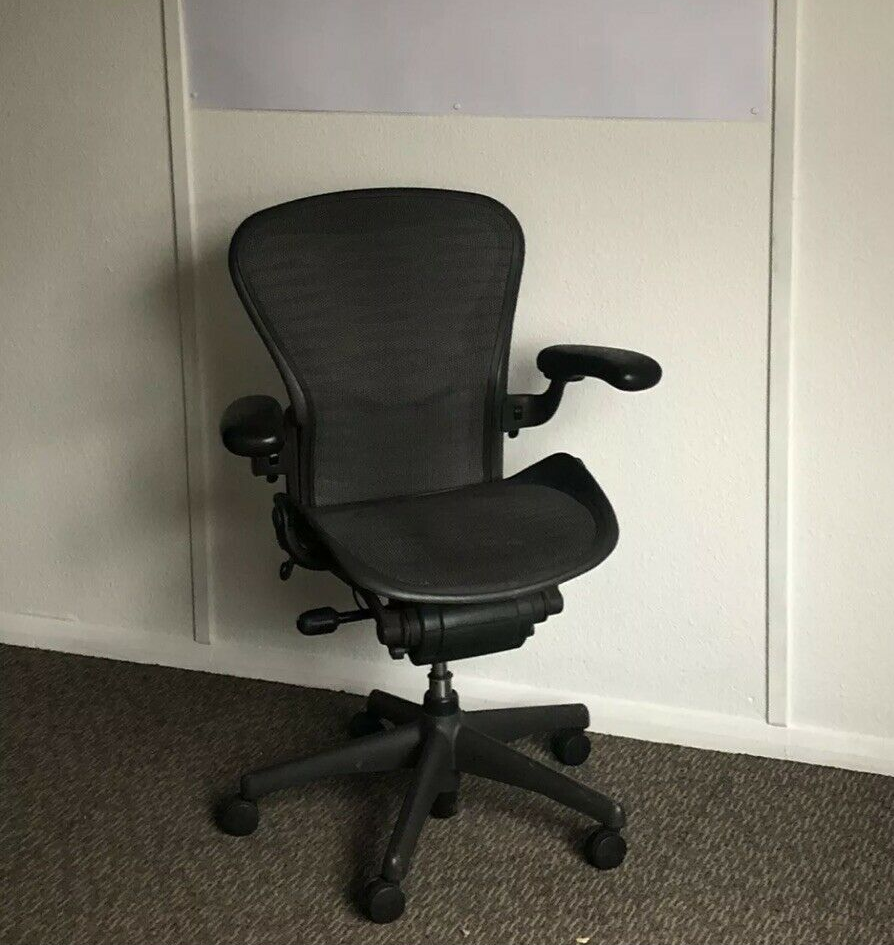 Have you seen how much a good new orthopaedic office chair costs?! We required four real, high-quality chairs, as we had previously made the error of purchasing low-cost chairs. We just discovered that buying cheap is a waste of money, as we discovered broken limbs, split seams, and faulty mechanisms. We required good seats because we spend 80 percent of our time at our desks. When you get home from work, the last thing you want is a sore back. We also understand that sitting in an ordinary chair all day can lead to future back problems.

We looked into it since we didn’t want to get bitten by the same dog repeatedly. We looked up information on the internet and asked around. RH 400, Herman Miller Aeron, and Steelcase Leap were chosen from a short list of three office chairs. We chose the Herman Miller Aeron chair since it has received numerous accolades and is highly recommended by most comparison and review websites.

We tested the chair at a nearby department store and found it to be extremely comfy. We didn’t buy right away because £4,000 for four chairs is a lot of money.

We were preparing to get the Herman Miller Aeron Chairs from John Lewis when our client Ken from the officechairman.co.uk mentioned that he had recently purchased 100 of them and that they were in fantastic shape.

He further added that, because we claim to be an environmentally conscious firm, we would be decreasing our carbon footprint by not having to produce these seats. If the chairs were discarded, we would save landfill space. As a result, we currently own four Herman Miller Aeron chairs. These are the office chairs that can be seen in most TV shows that take place in workplaces, such as Mad Men. They’re even featured on the Simpsons, believe it or not. They have a nice design and are extreemly comfortable.

To Summarise, if you’re looking to purchase a high quality chair at a fraction of the RRP while helping to save the environment, have a look at this second-hand Herman Miller Aeron Office Chair

Copyright 2021 © Invicta Net - An Internet Service Provider Based In Kent, Sussex and Berkshire.

Facebook-f Twitter Envelope
We use cookies on our website to give you the most relevant experience by remembering your preferences and repeat visits. By clicking “Accept All”, you consent to the use of ALL the cookies. However, you may visit "Cookie Settings" to provide a controlled consent.
Cookie SettingsAccept All
Manage consent

This website uses cookies to improve your experience while you navigate through the website. Out of these, the cookies that are categorized as necessary are stored on your browser as they are essential for the working of basic functionalities of the website. We also use third-party cookies that help us analyze and understand how you use this website. These cookies will be stored in your browser only with your consent. You also have the option to opt-out of these cookies. But opting out of some of these cookies may affect your browsing experience.
Necessary Always Enabled
Necessary cookies are absolutely essential for the website to function properly. These cookies ensure basic functionalities and security features of the website, anonymously.
Functional
Functional cookies help to perform certain functionalities like sharing the content of the website on social media platforms, collect feedbacks, and other third-party features.
Performance
Performance cookies are used to understand and analyze the key performance indexes of the website which helps in delivering a better user experience for the visitors.
Analytics
Analytical cookies are used to understand how visitors interact with the website. These cookies help provide information on metrics the number of visitors, bounce rate, traffic source, etc.
Advertisement
Advertisement cookies are used to provide visitors with relevant ads and marketing campaigns. These cookies track visitors across websites and collect information to provide customized ads.
Others
Other uncategorized cookies are those that are being analyzed and have not been classified into a category as yet.
SAVE & ACCEPT